One thing that has always bothered me is this phenomenon of children becoming opera singers.  Examples: Charlotte Church or especially Jackie Evancho who (supposedly) sounds like an adult.  To me, allowing them to sing like that is a bad thing - maybe even moving in the direction of child abuse.  This article explains this better than I ever could.  But the bottom line: let children be children and don't push them to be like adults.  And if they appear to have talent find a professional teacher to guide them and not push them into things that they are not yet ready for.  Sorry - a child singing Puccini or Verdi is just wrong.  Read and enjoy and learn!

Dr. Opera at the Viginia Opera!
Posted by Pastor S. Blake Duncan at 4:56 PM No comments: 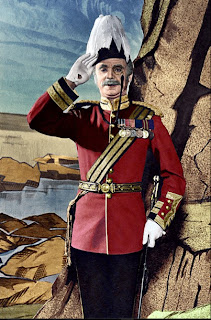 "Measure for Measure" at the Goodman, Chicago

Here is a link to what is left about this production on their website: Goodman "Measure for Measure"
Posted by Pastor S. Blake Duncan at 4:27 PM No comments:

I decided that I needed to give this blog a facelift.  It is not only about opera, but I have a great love of Shakespeare and the theater and have been a professional oboist (English Horn, Recorder) for 40 some years.  So hence the face lift.  I am currently immersed in studying Shakespeare's life and watching some DVD's of plays I haven't seen in a while (or ever) - Richard II, Lear, Merry Wives, Coriolanus.  I just received new DVD's of Much Ado and Winter's Tale and look forward to watching them.  I also today saw a trailer for Josh Whedon's new film adaptation of Much Ado - it looks interesting and I look forward to watching it.  The trailer is curious - some of the actors seemed to be kind of wooden in their delivery of the lines - but we will see.  Tonight we go to see St. Louis Winter Opera's Tosca, and last month we saw their Ballad of Baby Doe.  I am interested to see how they do this Puccini classic.  Baby Doe was good, but a little lacking in energy.  Then it is up to Danville to hear my son perform as principal bassoon with the Danville Symphony.  The program consists of two works: Mahler 1 and the Beethoven Violin Concerto.  Both of the these pieces have incredible wind parts.  I have played both on numerous occasions and I look forward to hearing the performance.

Also within the last month I saw the Met HD broadcast of Rigoletto and Parsifal.  Both were terrific.  The Rigoletto is much maligned in some circles because of the updating to Vegas in the 50's.  The Duke and his court become the Rat Pack.  I found it to be entertaining in a way that Rigoletto is usually not. I enjoyed it.  It was certainly better than the horrid Lyric Opera production from about 12 years ago which set the opera in a 19th century "Gentleman's Club."  Musically it was amazing.  The cast was terrific. I loved the duet between Rigoletto and Sparafucile at the bar.  The only disconnect for me really was having Sparafucile dump Gilda's body in the truck of his car which sported the license plate "SPARFUC."  Now what hit man in his right mind would do that.  It was cute, but kind of a silly gimmick.  The Parsifal was very beautifully sung and played.  The Met Orchestra is in my view the best orchestra at least in the USA.  And they were in great form.  Outstanding cast.  The production was good.  The pool of blood in act 2 was creepy, but I think it was supposed to be.  I love the Met and wish I could see all of their productions!

Finally I might comment on the ballet performances we saw last month.  The St. Louis Ballet Co. production of Romeo and Juliet was terrific.  They used the Prokofiev complete ballet, my first experience with it (though I played the suites on several occasions), and it was a beautiful production.  The dancing was very beautiful - especially haunting and moving was the final dance where Romeo attempts to dance with a lifeless Juliet in the tomb.  One quibble - I think they should just take a line somewhere to identify the orchestra.  I understand they used a recording - ok, fine - but what recording?  I think it sounded like an older Russian recording (based on the oboists tone).  Then we saw the Nashville Ballet in a performance of Carmina Burana. This was a joint collaboration between the U of St. Louis music department and the ballet.  The first half of the program was the St. Louis Bach group doing a cantata which was choreographed.  I didn't mind the choreography and actually enjoyed the dancers, but musically it was really poor.  Is this a true example of the quality of St. Louis Bach performances - slow tempi, no da capos, amplified singers, weak soloists and the absolute worst = using a piano for continuo!  I could barely stand to listen to it and if I could have escaped would have walked out of the first half.  I expect not to make an effort to attend any of their future performances.  The 2nd half was a lot better though.  The chorus was terrific - only one obvious difficulty and that on one of the hardest men's choruses in the piece.  The soloists were a lot better.  The bass was poor in Bach, but did a nice job with Carmina.  The student (?) orchestra was very good and the choreography was terrific!  The dancing was really outstanding, and demonstrated a really deep understanding of these medieval poems on the part of the choreographer.  Hats off to him.  My major complaint is the use of amplification!  The Touhill auditorium has nice acoustics.  The amplification was unnecessary and detrimental.  The loud chorus stuff was too loud and painful and the soft stuff lost its tenderness and intimacy.  The soprano suffered the most from the poor amplification.  She sounded harsh, though I could tell she was trying to spin her high notes the amplification ruined them! It might have worked if the engineer had taken the subtle approach of just reinforcing the voices.  But he didn't.  Personally there was no need for a sound system at all - period!  It simply marred an otherwise fine and exciting performance.
Posted by Pastor S. Blake Duncan at 12:26 PM No comments: 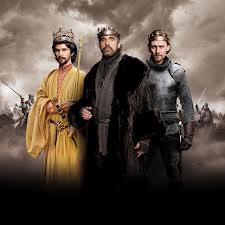 Posted by Pastor S. Blake Duncan at 2:09 PM No comments: