LOC Don Giovanni - or "Robert Falls Does it Again"

Let's talk about Don Giovanni - specifically the recently closed Robert Falls production of the opera that played at Lyric in Chicago. The media and their advertising hyped a cutting edge production with an amazing ending. Really? We can talk about the ending now without ruining it for others. Robert Falls seems to like to do something off the wall at the end of his productions - I saw his "Measure for Measure" a couple years ago and the ending was absurd and kind of ruined an otherwise terrific production (see below for a review). In DG I thought he seemed out of his element. The production was ok - but not terrific and not cutting-edge and not revelatory. Yet another DG set in quasi-modern times. But the ending - here is a list of the cutting edge innovations he introduced to the finale (at least the ones I remember):
1. a female super was tied up in the corner - huh?
2. The off stage band was played through a radio - not all that unique except they actually ran the sound through some kind of PA and distorted the sound - which I absolutely hated!
3. Donna Elvira doesn't knock
4. Donna Elvira takes out a revolver and shoots DG in the arm - huh?
5. The gun shot produces fake blood on his white shirt but otherwise has no effect - he does not even favor the arm as if it is hurt for the rest of the scene.
6. The Stone Guest does not knock
7. DG is on a long table of which one end rises in the air and then the whole thing sinks into the stage - kind of like the Titanic sinking the the Atlantic - this was pretty cool actually - could have used more smoke and red lights.
Then of course most of the audience thought it was over and there was so much hubbub in the audience one could not see or hear the finale with the other principals.
In short - Just like "Measure for Measure" I found Robert Falls finale of DG terribly defective and definitely wanting. Had he simply followed the staging instructions provided by Lorenzo Da Ponte it would have been more effective. Those of you who saw this production - care to weigh in?

I have to say - the Lyric Opera of Chicago patrons who sit on the main floor orchestra level are about THE rudest theater goers I have ever experienced in my 60 years of attending opera and theater.  I simply could not believe the low level of rudeness and disrespect shown - not only the other audience members like me, but to the cast.  I thought the production was - ok adequate (until the end) but the singing was consistently glorious and the orchestra was terrific.  There is no excuse for the wandering around, the talking, unwrapping papers, rustling belongings, texting, email, cell phone use - you name it.  And then to get up to leave en masse - it was like they all thought the opera was over - really?  Are you all that ignorant? Why not wait and see if the conductor stops conducting? I have changed my seats for Tannhauser - I will never sit on the main floor again.  And I should add the rudeness was not limited to inside the theater during the opera.  The incredible rudeness continued during the intermission.  Amazing!  LOC management - you have a problem on your hands - all of these wealthy patrons you have been nurturing do not know how to act like adults when the come to the opera.
Posted by Pastor S. Blake Duncan at 8:18 AM No comments:

“A Requiem for Mike Brown”

Capriccio at LOC or "The Wonderful Soprano and the Obnoxious Audience" 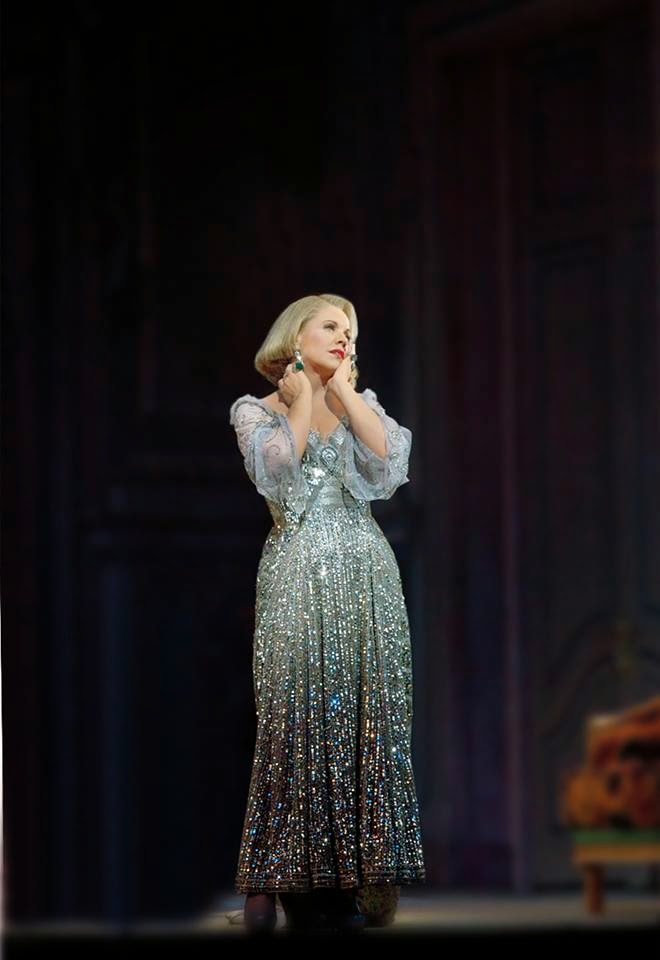 Publicity picture from Lyric of Rene in the last scene of "Capriccio."
Posted by Pastor S. Blake Duncan at 8:43 AM No comments: